Son of a!... Nordicbet Pulls Out of Nearly Everything 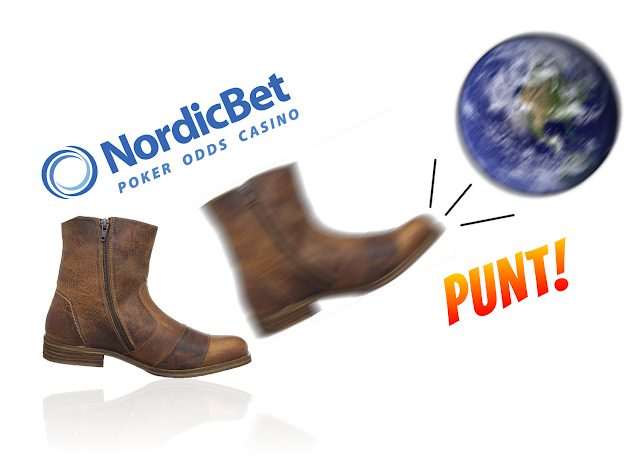 It just gets worse and worse.
Nordicbet, our famous #2 choice for online casino gaming, is pulling out of every market but Scandinavia. This is an epic blow to those who want to play games online. If it had been a standalone event, that would be one thing, but it's not; we have already lost Galewind at Pinnacle and seen it replaced with a crap product. We didn't need the loss of another good casino provider.

I am very close to just saying fuck it and stopping all online play. Honestly, one of the things that stops me is knowing that that is precisely what our governments want us to do. If I believed for one second that they wanted me to stop gambling for my own good, I would have no problems with this. Afterall, they care about me!

But we all know that it has nothing to do with that. My government, your government, anyone's government doesn't give a shit about anybody's well being. Well, ironically, the Scandinavian countries probably care... as does Switzerland... and Canada. Actually, Australia seems to care, too, at least somewhat.

So, I guess, what I'm saying is that the United States and United Kingdom don't care. Unfortunately they are the biggies when it comes to online gaming. And all they care about is that if I gamble, I gamble in the places where they get a piece of the pie. As long as they are getting their cut, they don't care if I gamble myself into oblivion.

That avarice... that greed... that corruption... it drive me into an epic fury. To better visualize this fury, Donald Duck comes close to showing how I act. Fast forward to 1:00.

Instead, we have governments who use gambling and lotteries as a way to generate revenue without raising taxes. But gambling disproportionately affects the lower socioeconomic classes. There's a joke saying that the lottery is a tax on people who are bad at math. That's partially true. It's actually a tax on people who are receptive to the manipulations of gambling marketing: poor people who wish for better days.

So what do our governments do? They attach yet another leach onto this population, sucking away a bit more of the blood they can ill afford to lose.

But no. The money goes into the general fund to fuel corrupt politicians and their cronies for one more fiscal year. It. Is. Disgusting.

It is thus an absurd state of affairs in which I find myself. I want to stop gambling, but the attempts of governments to make me do precisely that are what goad me into continuing my activity! I want to stick it to the proverbial man by not stopping my play. There's a part of me that feels bad because my behavior seems so similar to those who indignantly continue to smoke in spite of increased regulation and taxation. But at least in that regard, the last thing many governments actually want is for people to quit smoking. So one would actually damn the man by quitting.

In my situation, I damn the man by funneling more of their precious money out of the country and into other countries. This is something that major corporations get to do with abandon, but the instant us normal people do it, the hammer comes down!

That's the wonder of this brave, new, modern age: you have been stripped of some of your power, and I am going to revel in it.
Posted byBlack Jackat11:40 AM

Email ThisBlogThis!Share to TwitterShare to FacebookShare to Pinterest
Labels:casinos,industry,laws